There are lots of natural foods, ingredients and supplements that can boost low testosterone levels. Olive oil is particularly powerful at raising T levels. 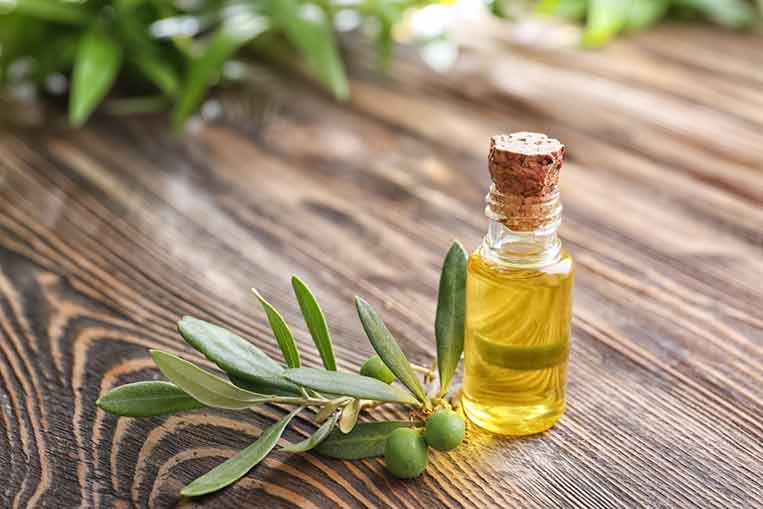 What Will I Learn

Extra Virgin Olive Oil : Boosts Testosterone By Up To 17.4%

Extra Virgin Olive Oil is an amazing foodstuff with some great health benefits. It has been credited with helping to reduce the levels of LDL (Bad) Cholesterol and increasing the good stuff – HDL Cholesterol.

It is also known to help boost heart health, reduce DNA damage, as well as many other great health giving effects.

One of the healthiest diets in the world is the mediterranean diet, and its little wonder that Extra Virgin Olive Oil plays a key role in the everyday eating habits of Italians and neighbouring countries.

In this article I look at Extra Virgin Olive Oil and set out to discover what (if any) benefits it can provide in our efforts to boost and maintain healthy testosterone production.

There have been a lot of various clinical studies carried out on Extra Virgin Olive Oil, some are animal based trials, and others have been carried out using human test subjects.

The first key animal study that I want to tell you about is one involving 40 Wistar rats.

They were split into 4 groups of 10, each group being fed the same diet for 60 days with one exception – they received their fats from different sources. These were as follows:

After the test period, the Rats were checked and it was discovered that the group who were fed the Grapeseed oil recorded the most oxidative stress. As a side note, Grapeseed oil is very high in PUFA which is not at good for you.

The rats who were in the groups fed coconut and olive oils were both found to have higher levels of testicular antioxidants.

Their leydig cells in the testes had less inflammation which meant the production of testosterone was significantly higher.

The research scientists also noted that the group consuming olive and coconut oils had noticeably higher levels of 2 key enzymes : 3-beta-HSD and 17-beta-HSD, both crucial to the effective production of testosterone.

Another study saw Rats being fed a compound called Oleuropein – a phenolic compound found in extra virgin olive oil for 28 days. A similar number of rats were fed placebo’s as a comparison.

After the test period, the levels of testosterone, luteinising hormone and nitrogen were checked and compared to pre study levels.

It was discovered that levels of luteinising hormone ( the key precursor to testosterone production) and testosterone itself were significantly increased in the group receiving the Oleuropein. with the placebo group recording no changes.

As Oleuropein is ONLY found in olives and olive oil, its clear that this was the factor responsible for the improvements in hormone production.

A recent case study involving actual human test subjects saw extra virgin olive oil being given to a group of males all aged between 23-40.

They were each given 25ml of extra virgin olive oil per day ( 5 teaspoons) for 3 weeks.

After the test period the levels of testosterone and luteinizing hormone were checked and the results were staggering.

Extra Virgin Oil As A Supplement

The above evidence does tend to lead us to believe that all we need to do is to add 2 or 3 teaspoon of Extra Virgin Olive Oil to our diet each day and our testosterone levels will rocket.

There have been concerns in the US regarding the actual purity and adulteration of a number of high profile brands of extra virgin olive oil.

It has found that a number of high profile manufacturers actually ‘cut’ their products with vegetable oils to boost profits. rendering the product below the recognised international standards for extra virgin olive oil

This practice obviously reduces the purity and effectiveness of the olive oil in question.

Another concern is the use of plastic containers using BPA which is a well known testosterone killer.

To avoid these potential problems, I recommend that you only buy unprocessed, unfiltered, cold pressed olive oil, also choose ones that are supplied in dark glass bottles which avoids the risk from exposure to any plastics and also extends the shelf life of the oil contained within.

When choosing a good extra virgin olive oil,(especially in the US) try to chose one that displays the COOC seal or similar.

Should I Supplement With Oleuropein Instead

This is an option, but there is one thing to bare in mind. That is that Oleuropein has only been tested on animals – Rats to be precise….

Now although Wistar Rats do often return similar results to humans and that is the key reason why they are commonly used in laboratories, however the results are not always the same and so far, as of today, there is NO clinical evidence that shows that supplementing with Oleuropein will boost testosterone in humans even though it did in Rats.

UK born William Fallon studied Biology in Cambridge, UK. He is a respected author who specializes in bodily health with a particular interest in hormones and their effects on the body. He now lives in Manhattan with his wife and son.

Semen retention is a method that can be used to …

Continue Reading about What Are the Benefits of Semen Retention? Can Retaining Improve Semen Volume and Testosterone →

Although many people know what erectile …

Does Abstaining From Sex Boost …

Continue Reading about Does Abstaining From Sex Boost Testosterone? →

The human body is an amazing machine that requires …