The effects of low testosterone is widely recognized, we can thank the worlds media for bringing it to our attention, but what about DHT – have you even heard of it?. The fact is that it’s possibly more important to your ongoing health than testosterone, and thats quite a statement.

What Will I Learn

Is DHT Even More Important Than Testosterone?

There are over 20 million men in the US alone being diagnosed with Low Testosterone.

It truly is a global problem, the fact is that most, if not all men will experience some of the effects of low T by the time they hit their mid 40’s.

With testosterone production naturally declining by around 1-2% per year after around the age of 35, many of us will find that we gradually:

Now Testosterone is absolutely crucial to these, and every other aspect of being a man.

However did you know that it has the ability to change into an even stronger androgen hormone?

That hormone is called DHT (Dihydrotestosterone)

DHT is present in all of us. Its effects include the growth of our body hair, and the development our sex organs and prostate gland.

Experts tell us that DHT is actually a far stronger prohormone than testosterone. In fact some 3-0 times stronger in its androgen effects.

If DHT production is compromised for any reason, the man can experience reduced libido and sexual responses.

Younger men can find that they cannot increase muscle tone, size and strength.

He writes that Dihydrotestosterone has up to 10 times the androgen uptake of testosterone.

It cannot be turned into estrogen (unlike testosterone).

In fact it actually blocks the effects of the aromatase enzyme that causes the transition of testosterone into estrogen.

This makes it not only stronger than testosterone, but a highly effective aromatase inhibitor too.

DHT And Your Prostate

Many medical reports used to blame DHT for the development of Prostate problems. So much so that they have effectively ‘demonised DHT’.

It has now been established however that Dihydrotestosterone is not actually to blame.

The correct balance between DHT and 4-androstenedione for instance should be perfectly balanced at 1:1.

If there is more Dihydrotestosterone in the blood this render the prostate carcinogenic.

Should your doctors ever suggest checking for DHT levels in a blood test, always ask them to to check the Androstenedione levels at the same time.

When Estrogen levels increase in a mans body they can start to develop feminine attributes.

They put on weight, develop man boobs, lose erection power and sexual response, and can also develop an enlarged prostate.

A confusing fact is that doctors have in the past often recommended treating prostate problems with drugs that actually block Dihydrotestosterone and testosterone.

This can actually make the man feel even worse.

In the absence of DHT and testosterone, he will not feel like man anymore.

Men are at their most ‘manly’ when their testosterone, DHT and other androgen hormones are at the recommended levels.

By reducing their production with drugs only makes the men feel weaker, more tired, miserable and with a distinct lack of any sex drive.

Clinical trials have now turned things on their head. Studies using DHT have shown the it can infect help reduce an enlarged prostate.

Over several weeks, an undisclosed number of men were given 70mg of DHT daily.

After the test period, they were given PSA blood tests (Prosatic Specific antigen) and the results were that they had all developed stronger urine flow.

This is a classic sign of reduce prostate size.

Other Effects OF DHT

DHT is a proven mood booster, for the brain to able function correctly, it needs optimum level of all three main sex hormones (Estrogen, DHT and Testosterone).

Dihydrotestosterone has a more powerful and longer lasting effect on the brain than testosterone.

It can also help reduce cholesterol levels, reducing the risk of heart problems.

The ideal scenario is for all sex hormones to be at their most optimum levels.

Ask your doctor to take a blood test that checks the levels of Testosterone, DHT Progesterone, Androstenedione and Estrogen.

You can ensure that your Hormone levels are on the increase by altering your diet if required.

Nuts, seeds, olive and coconut oils are all good examples, as are avocados, and many other vegetables and fruits. Fish such as Salmon is another great hormone boosting food.

The fact that Dihydrotestosterone is stronger than testosterone, its availability in the body is extremely important to your well being.

Its really crucial that you DO NOT take anything that can reduce androgen uptake.

Licorice and Saw Palmetto are two classic examples, they can reduce the androgen receptor uptake of both Dihydrotestosterone and testosterone, reducing their effects in the body.

There are some highly effective ingredients that enhance DHT production. These include:

Nettle is one of the most effective, it helps blocks the conversion of Testosterone into Estrogen, it has also an ability to help reduce prostate size.

It is also highly effective at separating Dihydrotestosterone and testosterone from SHBG, allowing greater levels of both to be available in the body

For those men who have a genetic predisposition to hair loss ( if your father or any direct male relatives have lost their hair) then increased levels of DHT could increase your hair loss.

This is because it can effect hair follicles, reducing growth.

In these cases, a treatment with a good hair loss treatment can help.

look for one that helps block Dihydrotestosterone.

Two popular ones are Propecia and Minoxidil.

It’s a balancing act, because of the importance of DHT to your overall health and well being you really need to decide which is more important:

Having a good head of hair, or healthy muscle tone, energy and a strong sex drive.

Those with a history of baldness in the family could possibly alleviate some of the problems by taking Vitamin E, as this has been shown to boost hair growth.

For those with no genetic family history of baldness, boosting your Dihydrotestosterone levels should not cause any problems whatsoever.

DHT V Testosterone – To Sum Up

If you can increase your levels of both DHT and Testosterone you can ensure good long term prostate health.

You will also benefit from improved muscle tone, increase energy, better moods and a youthful libido.

UK born William Fallon studied Biology in Cambridge, UK. He is a respected author who specializes in bodily health with a particular interest in hormones and their effects on the body. He now lives in Manhattan with his wife and son.

The human body is an amazing machine that requires …

Gynecomastia is a condition in which males have …

It is a well-known fact that many men suffer from …

The question of whether or not vegetable oils …

Continue Reading about Are Vegetable Oils Good For Testosterone? → 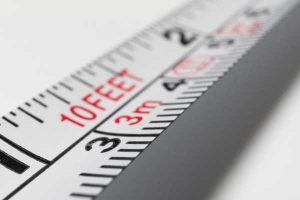 Men have been trying to make their penises bigger …

Continue Reading about Jelqing: Does It Really Work Can it Make My Penis Bigger →